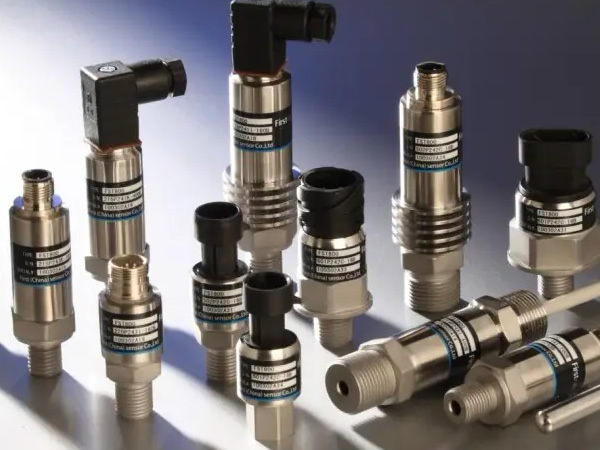 What is a sensor? In a broad sense, a sensor is a device that can sense external information and convert it into usable signals according to a certain law; In brief, a sensor is a device that converts external signals into electrical signals. Therefore, it is composed of sensitive components (sensing elements) and converter devices. Some semiconductor sensitive components can directly output electrical signals, which themselves constitute sensors. There are many kinds of sensitive components. According to the principle of sensing external information, they can be divided into ① physical types, based on physical effects such as force, heat, light, electricity, magnetism and sound. ② Chemistry, based on the principle of chemical reaction. ③ Biology, based on molecular recognition functions such as enzymes, antibodies, and hormones. Generally, according to its basic sensing functions, it can be divided into ten categories: thermal sensor, photosensitive sensor, gas sensor, force sensor, magnetic sensor, humidity sensor, acoustic sensor, radiation sensor, color sensor and taste sensor (some people have divided the sensors into 46 categories). The commonly used thermal, photosensitive, gas, force and magnetic sensors and their sensitive elements are described below.


(2) photodiode
Compared with ordinary diodes, except that its die is also a PN junction and has unidirectional conductivity, other diodes are very different. First, the PN junction in the die is shallow (less than 1 micron) to improve the photoelectric conversion ability; The second PN junction area is relatively large, and the electrode area is very small, so as to facilitate the photosensitive surface to collect more light; The third photodiode has a "window" sealed with a plexiglass lens and capable of concentrating light on the photosensitive surface; Therefore, the sensitivity and response time of the photodiode are much better than that of the photoresist.

Common photodiodes and symbols are as follows:
2du has three poles: front pole, rear pole and ring pole. The ring electrode is designed to reduce the dark current of the photodiode and increase the working stability. It needs to be connected to the positive electrode of the power supply during application. The main parameters of the photodiode include: maximum working voltage (10-50V), dark current (≤ 0.05-1 μ a), photocurrent (> 6-80 μ a), photoelectric sensitivity and response time (tens of ns-tens of NS) μ s) Junction capacitance and forward voltage drop, etc.
The advantages of photodiodes are good linearity, fast response speed, high sensitivity to light with a wide range of wavelengths and low noise; The disadvantage is that the output current (or voltage) used alone is very small, and an amplification circuit is required. Suitable for communication and photoelectric control circuits.
The photodiode can be detected with a multimeter R × At 1K gear, the forward resistance shall be 10K Ω ~ 200 K Ω, and the reverse resistance shall be ∞. The greater the right deflection angle after removing the light shield, the higher the sensitivity.
The phototransistor can be regarded as a combination element of a photodiode and a triode. Due to its amplification function, its dark current, photocurrent and photoelectric sensitivity are much higher than those of the photodiode. However, due to structural reasons, the junction capacitance increases and the response characteristics deteriorate. Widely used in low-frequency photoelectric control circuits.
Semiconductor optoelectronic devices also have MOS structures. For example, CCD (charge coupled device) commonly used in scanners and camera heads is an array of integrated photodiodes or MOS structures.

(III) gas sensor and gas sensor
The textbook only requires simple thermistor and photoresist characteristic experiments. As gas is closely related to human daily life, the detection of gas has become an indispensable means to protect and improve the ecological living environment, and gas sensors play an extremely important role. For example, when the concentration of carbon monoxide in the living environment reaches 0.8-1.15 ml / L, there will be shortness of breath, accelerated pulse, and even syncope. When the concentration reaches 1.84 ml / L, there is a risk of death within a few minutes. Therefore, the detection of carbon monoxide must be rapid and accurate. Using SnO2 metal oxide semiconductor gas sensing material, SnO2 nanoparticles were prepared by ultrafine particle refinement and doping process, and then doped with a certain catalyst as the substrate. After proper sintering process and surface modification, a side heated sintered co sensing element was made, which can detect 0.005% ～ 0.5% CO gas. There are also many sensors for detecting toxic gases such as explosive combustible gas, alcohol gas and automobile exhaust gas. Commonly used gas sensors include contact combustion gas sensors, electrochemical gas sensors and semiconductor gas sensors. The detection element of the contact combustion type gas sensor is generally platinum wire (platinum, palladium and other rare metal catalytic layers can also be coated on the surface). During use, a current is applied to the platinum wire to maintain a high temperature of 300 ℃ ~ 400 ℃. At this time, if the combustible gas is contacted, the combustible gas will burn on the rare metal catalytic layer, so the temperature of the platinum wire will rise, and the resistance value of the platinum wire will also rise; The concentration of combustible gas can be known by measuring the change of the resistance value of the platinum wire. Electrochemical gas sensors generally use liquid (or solid, organic gel, etc.) electrolytes. The output form can be the current generated by direct oxidation or reduction of gas, or the electromotive force generated by ions acting on ion electrodes. Semiconductor gas sensor has the characteristics of high sensitivity, fast response, good stability and simple use, and is widely used; The following focuses on the semiconductor gas sensor and its gas sensing elements.
Semiconductor gas sensors can be divided into n-type and p-type. The resistance of n-type decreases with the increase of gas concentration; The p-type resistance increases with the increase of gas concentration. Like SnO2 metal oxide semiconductor gas sensitive material, it belongs to n-type semiconductor. At the temperature of 200-300 ℃, it adsorbs oxygen in the air to form negative ion adsorption of oxygen, reducing the electron density in the semiconductor and increasing its resistance value. When encountering a combustible gas (such as CO) capable of supplying electrons, the originally adsorbed oxygen is desorbed, and the combustible gas is adsorbed on the metal oxide semiconductor surface in a positive ion state; Oxygen desorption releases electrons, and the adsorption of combustible gas in the state of positive ions also releases electrons, so that the electron density of the conduction band of the oxide semiconductor increases and the resistance value decreases. When the combustible gas does not exist, the metal oxide semiconductor will automatically recover the negative ion adsorption of oxygen, so that the resistance value rises to the initial state. This is the basic principle of detecting combustible gas with semiconductor gas sensor.
At present, there are 2 kinds of gas sensors made in China. One is a direct heating type, in which the heating wire and the measuring electrode are sintered together in the metal oxide semiconductor die; The side heating gas sensing element is based on a ceramic tube, with heating wires inside the tube and two measuring electrodes outside the tube. The metal oxide gas sensing material is used between the measuring electrodes and is sintered at high temperature. The parameters of the gas sensor mainly include heating voltage, current, measuring circuit voltage, sensitivity, response time, recovery time, voltage in calibration gas (0.1% butane gas), load resistance value, etc. Qm-n5 type gas sensor is applicable to the detection of natural gas, gas, hydrogen, alkane gas, alkene gas, gasoline, kerosene, acetylene, ammonia, smoke, etc. it is an n-type semiconductor element. It has high sensitivity, good stability, short response and recovery time, and is widely used in the market. The parameters of qm-n5 gas sensor are as follows: the voltage in the calibration gas (0.1% butane gas, optimal working conditions) is ≥ 2V, the response time is ≤ 10s, the recovery time is ≤ 30s, the optimal working conditions are heating Voltage 5V, measuring circuit voltage 10V, load resistance RL is 2K, and the allowable working conditions are heating voltage 4.5-5.5v, measuring circuit voltage 5-15v, and load resistance 0.5-2.2k. The following figure shows the simple test circuit of the gas sensor (composed of sensor). The greater the change of the voltmeter pointer, the higher the sensitivity; As long as a simple circuit is added, the alarm can be realized. Common gas sensors include mq-31 (dedicated to detecting CO), qm-j1 wine sensor, etc.

(IV) force sensor and force sensor
There are many kinds of force sensors. The traditional measurement method is to use the deformation and displacement of elastic materials to express. With the development of microelectronic technology, a force sensitive sensor with small volume, light weight and high sensitivity has been developed by using the piezoresistive effect of semiconductor materials (that is, when pressure is applied to a certain direction, its resistivity changes) and good elasticity, which is widely used for the measurement of physical and mechanical quantities such as pressure and acceleration.

(V) magnetic sensor and magnetic sensor
At present, magnetic sensors include Hall devices (based on Hall effect), magnetoresistive devices (based on magnetoresistive effect: the resistance of semiconductors increases with the increase of the magnetic field due to the external magnetic field) Magneto sensitive diodes and triodes. Magnetic sensors based on magnetic sensors are widely used in the measurement of some electrical, magnetic and mechanical quantities.
In a certain sense, the sensor has a corresponding relationship with human senses, and its sensing ability has far exceeded human senses. For example, the infrared imaging system (night camera) that uses the infrared radiation of the target itself to observe can find people at 1000 meters and vehicles at 2000 meters in the dark; The core component of the thermal imager is the infrared sensor. In the 1991 Gulf War, the detection distance of the night vision instrument equipped with Iraqi tanks was only 800 meters, which was less than half of that of the United States and British coalition forces. It was inevitable that Iraq was defeated in the dark. At present, all countries in the world regard sensor technology as the priority of high-tech development. In order to greatly provide the performance of sensors, new structures, new materials and new processes will be continuously adopted to develop towards miniaturization, integration and intelligence.